Taking Paper and String into a Prison – Part 1 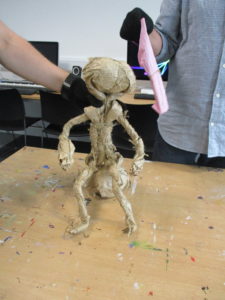 After many meetings, completing many forms, taking part in ‘physical protection training’ and the vital paper and string being delivered directly into the establishment, it was finally time to go to the prison to begin our first workshop.  We had both worked in this environment for many years, but we still had a sense of trepidation as to how many men would turn up and what would they think of making puppets out of paper and string? Would they think it was a rather childish and silly activity or would they be as enthusiastic about it as we were?

The sessions took place in the art room of the Learning Centre in the prison, which was perfect in terms of space. The staff had been particularly supportive and positive. However, due to issues out-with their control, only three men attended which initially felt quite awkward and disappointing. We had to accept the situation and move on. It was at the point of crushing the initial piece of paper that the atmosphere changed; smiles appeared on the men’s faces and they became engaged in the process. All our previous concerns disappeared and there was a good atmosphere in the room, with the basics of the puppets being produced quickly and with enthusiasm. Other men put their head around the door and were intrigued by what they saw, some saying they would be back the following week.

We returned the following week assuming greater numbers of participants. Unfortunately, no one from the previous week returned, apparently due to a visit, medical appointment and meeting with a lawyer. One man turned up, who was very anxious but was encouraged to give it a go. He struggled with the materials but because we could give him one to one attention, he persevered, describing the process like ‘hay bailing on a farm’ which he used to do. Eventually he calmed down and appeared to enjoy the session. Another man appeared towards the end of the session, would he come back the following week, we wondered?

THE NEXT SESSION WAS CANCELLED… due to a Prison lock down for a staff meeting. It’s important to note that when you work in this environment, very little is in your control and you must persevere and not be disheartened.

The next week we returned with renewed vigour, determined to keep the project going. Five people attended this session, including one person who had been with us before. It was an interesting group including a person who had been a chef. His attention to detail was evident in his work, he treated the paper and string like he was creating a meal! He commented on how good it was to use his hands. An African man was also part of the group. He liked taking part in creative activities. He worked very quickly and developed a very individual style for his puppet. This was our most satisfying session in the prison There was lots of good conversation throughout this session and the men commented that, in this situation, you feel human and not looked down on. It felt like this might be our core group. 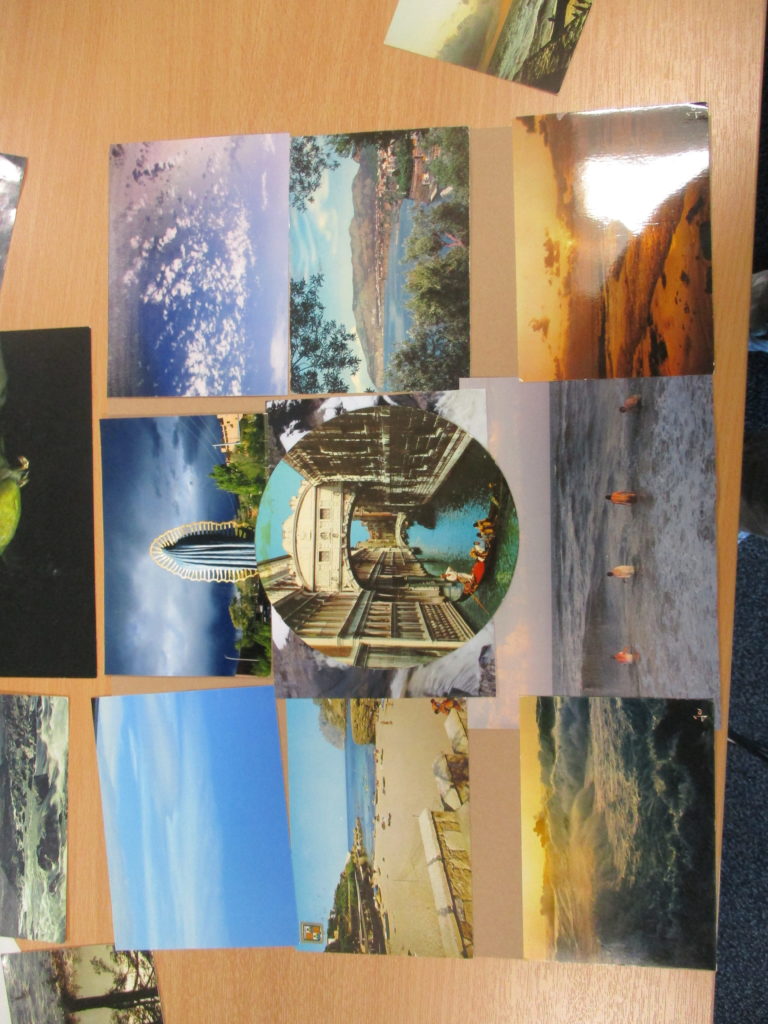 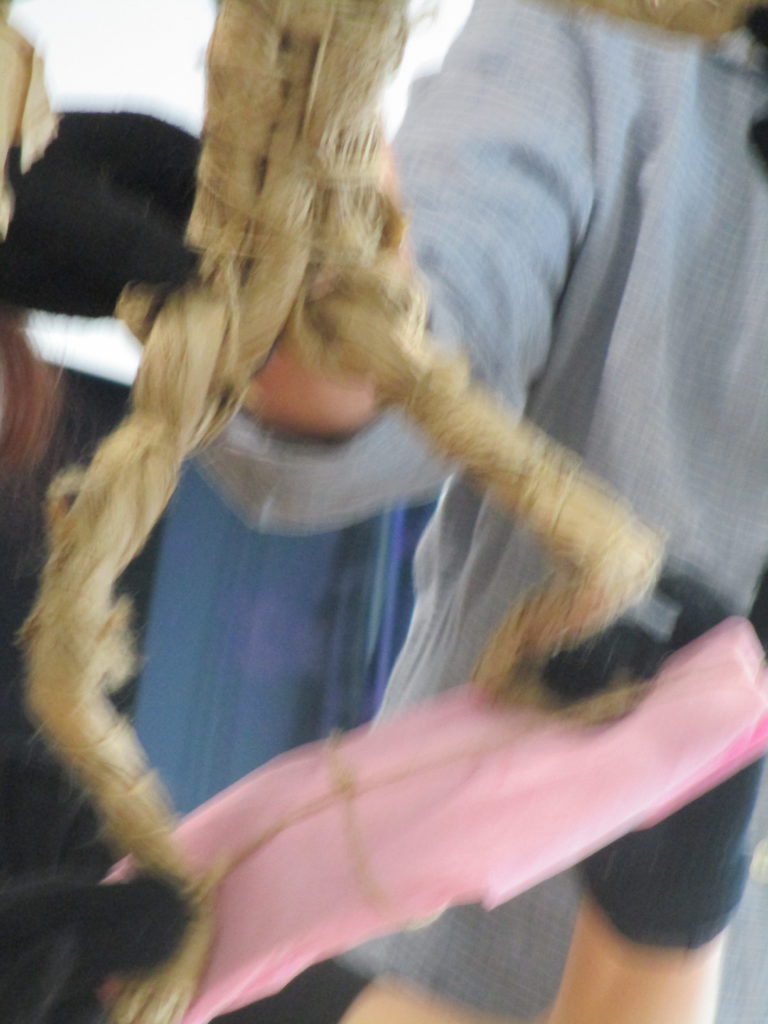 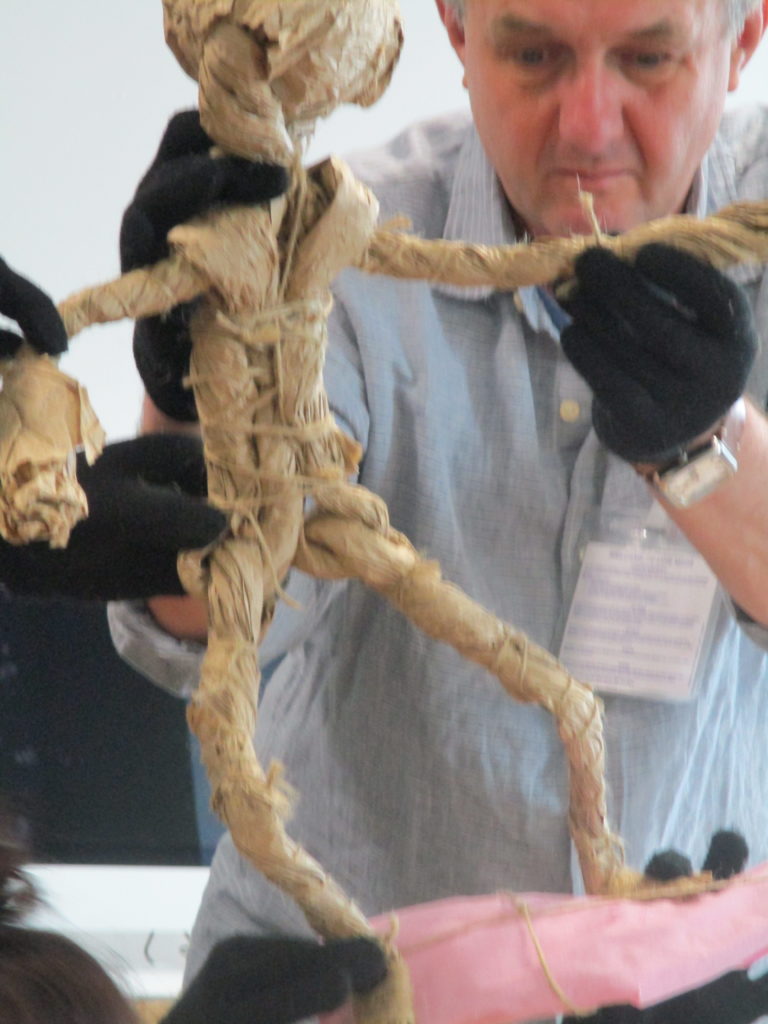 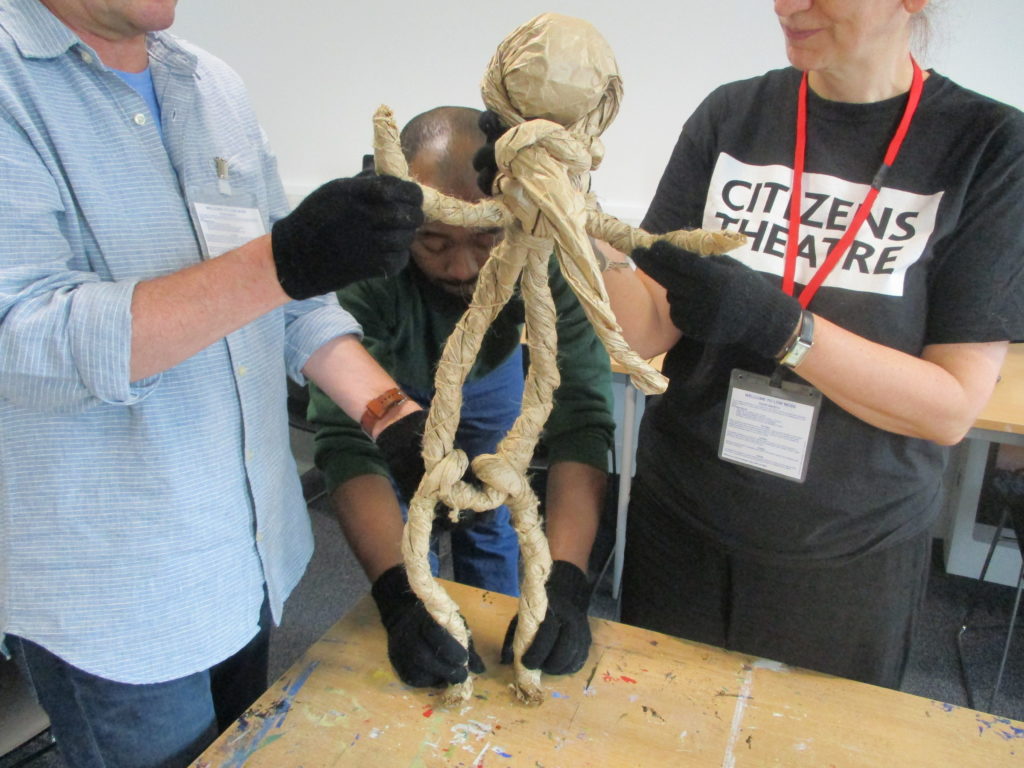 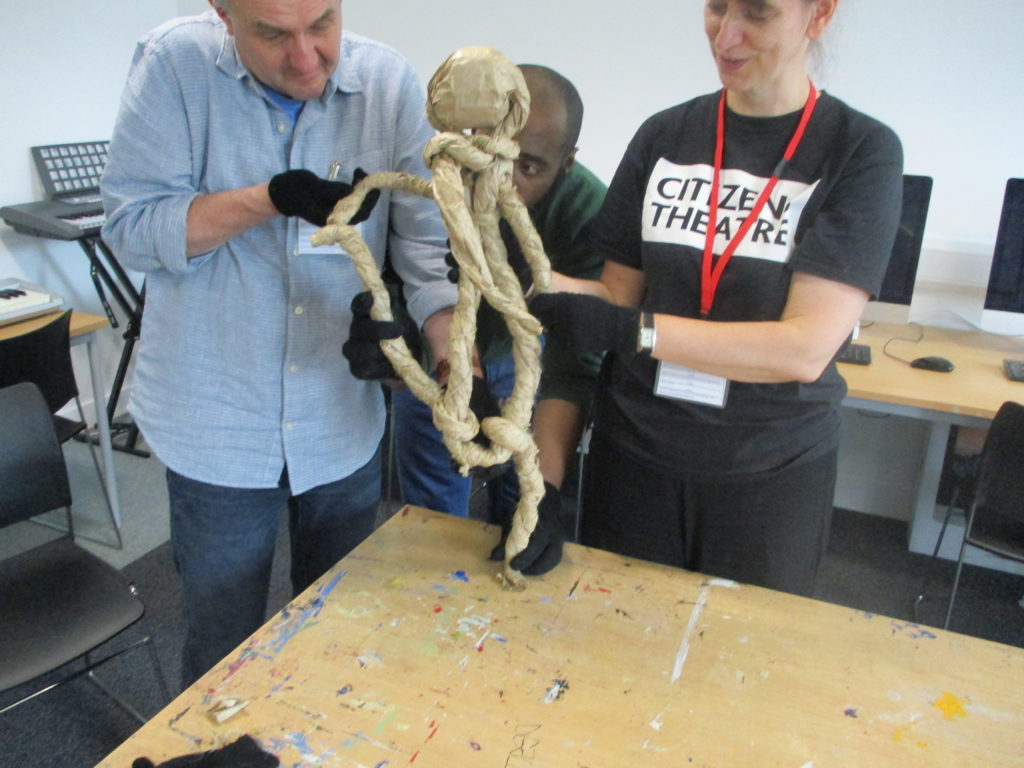 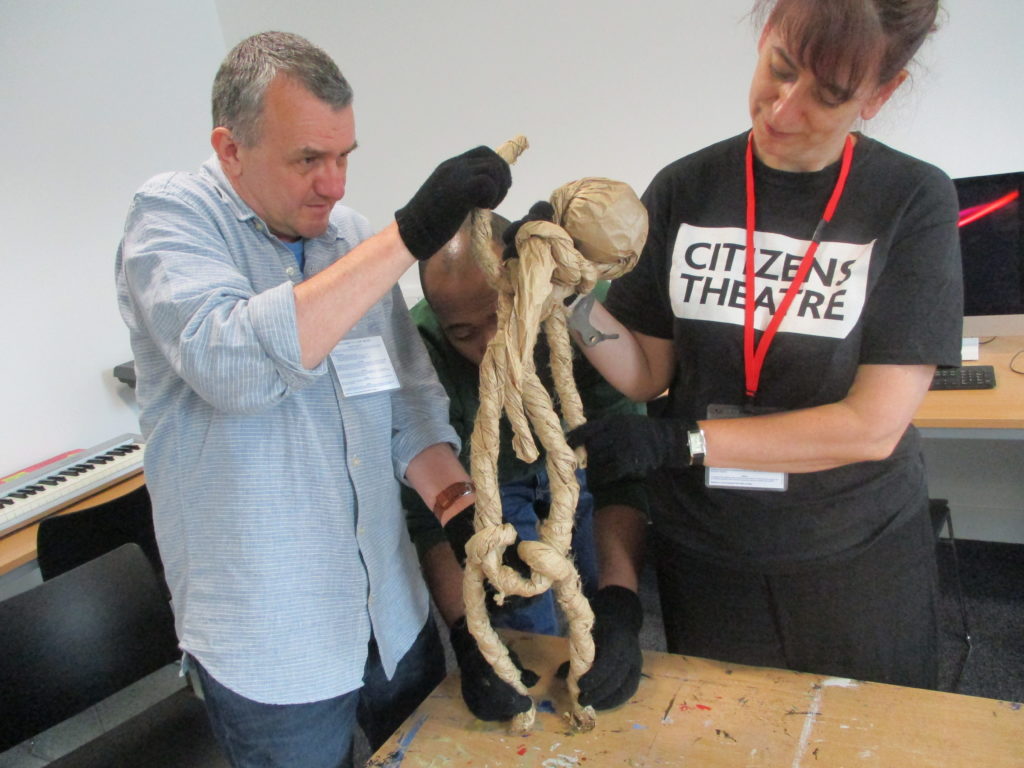